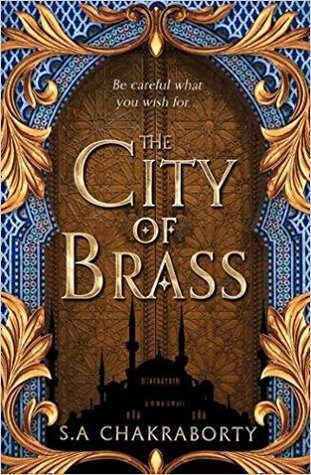 So last week I mentioned (fairly certain I mentioned it anyway) that I had started  reading City of Brass by S.A. Chakraborty and was really enjoying it based on the first two or so chapters because I thought that Nahri was really interesting. Well, update on my reading these last 7 days – I’ve not read a whole lot. I think I’ve read about 100 or so more pages and that’s about it. Yup, that’s all I read in the last week.

I don’t think it’s the fault of the book because I’m still interested in it although I do find Nahri has gotten less interesting after those first two chapters. I did get really annoyed at one point because Nahri is meant to be a thief and con artist, shown well in the first chapter but now that there’s just this long travel section with lots of exposition, she’s not doing much and just being talked to. There was a point then where one chapter ended with the mention that Nahri would need to steal some horses so I thought “oh good we get to see her do what she’s good at” except the next chapter takes place several days later and they just have horses. I’m hoping things pick up and Nahri just doesn’t fade into being a dull, useless female character there for the romance. Also, I’m somewhat indifferent to Ali as a character and am not as interested in his perspective.

So yeah, it’s just not been a reading week for me. Especially towards the end of the week as I got my Covid vaccine on Friday evening, was a mess on Saturday and not in the mood and then was out on Sunday (walked through some woods with a hawk, almost fainted from the heat while watching a bird show, had a bird climb on my legs looking for something to steal while I tried not to faint, bought some fudge – typical Sunday stuff?).

I have, however, been enjoying rewatching Japanese films I love on Netflix. 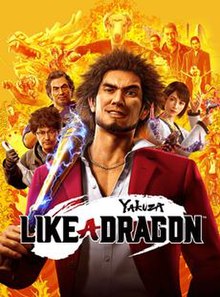 Also, I started playing Yakuza Like A Dragon again which is a great game and so much fun, I really love the Yakuza games (I’ve played Yakuza 0, Yakuza Kiwami 1 and Judgement). I had started playing this at the start of the year but stopped to play Assassin’s Creed Valhalla (which I didn’t finish) and Ghost of Tsushima instead and didn’t get back to it until now but I ended up starting it from the start because I updated to the PS5 version of the game and turns out the saves don’t transfer from the PS4 version. A bit annoying but I hadn’t gotten too far into it before and like I said, it’s a fun game.

And then I’ve just been listening to a lot of ONE OK ROCK, specifically their 2019 album Eye of the Storm which I highly recommend.

And that’s what I’ve been doing – pretty much everything that’s not reading! See, it’s a good thing I called this post series Tuesday Chats and didn’t name it something bookish so that when I haven’t been reading I can still justify writing a blog post. I hope you enjoyed this Tuesday Chats post with books, movies, games and music. What have you been up to these last few days?

A girl who is interested in things, many types of things - like paper, snail mail, drawing, knitting and generally making things. View all posts by IdleEmma